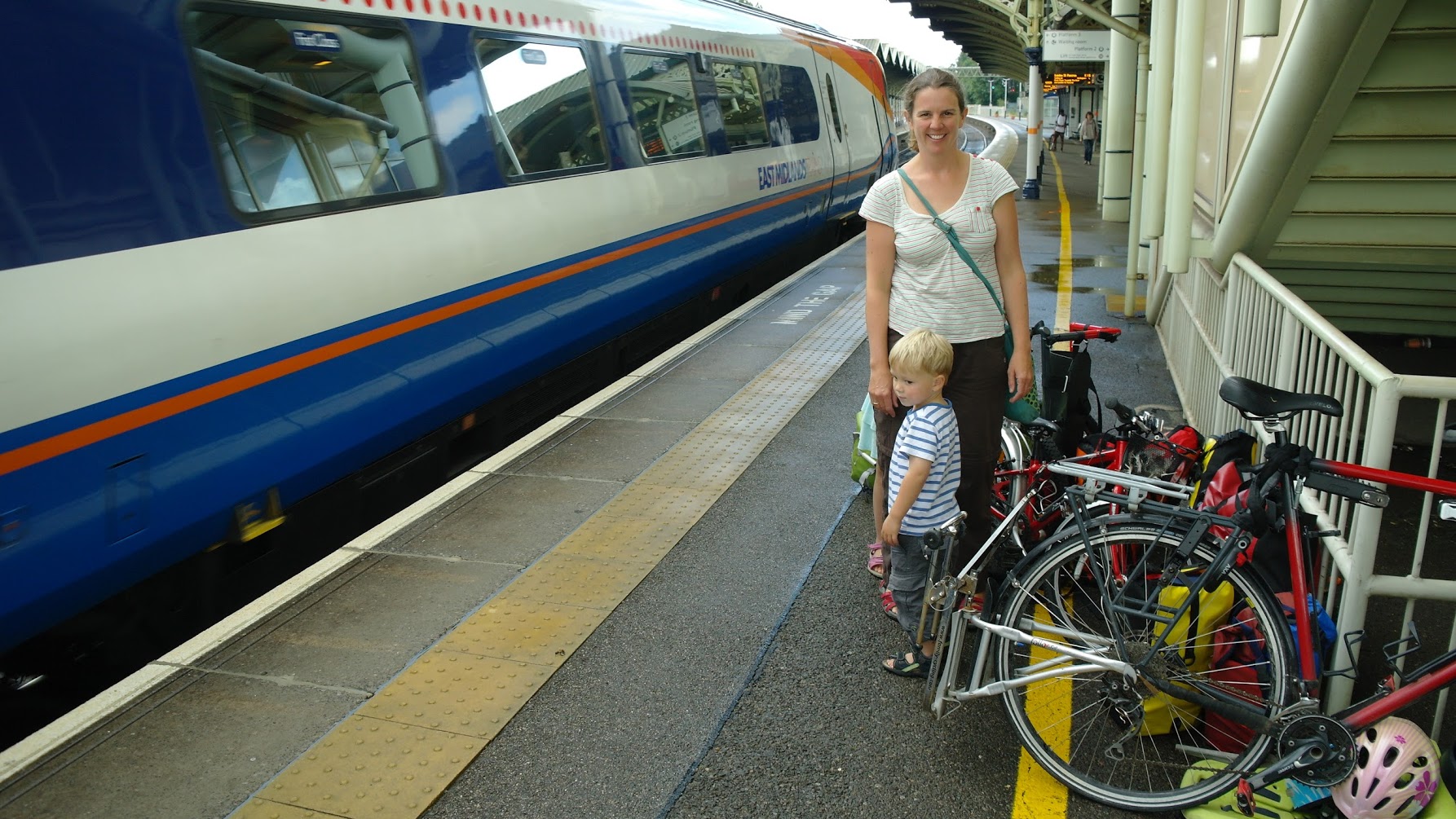 Cycling with kids is a fantastic way to keep fit and have fun as a family. But what happens when those little legs tire and need a helping hand back home? Or what if the place you want to cycle is a train ride away? Or what if you want to go on a cycle holiday and need a boost to reach your destination? Trains and bikes can be a daunting combination but together can offer a great deal of freedom, especially with kids. We have got it down to a fine art! Follow our guide for taking bicycles on the train with kids to help make your journey smoother and more enjoyable.

Most train companies in the UK require you to book your bicycles on the train. However, there are some companies like Northern rail, which don’t allow reservations and therefore offer you a bit more flexibility. Some routes have a choice of train providers so if you don’t want to commit to a specific train at a specific time you could plan to use a company that doesn’t ask for reservations. However, you have to anticipate that the bike space will be full and you may have to wait for the next train. In all our years of taking bicycles on the train with kids, we have never not got on the train we wanted.

2) Be prepared to split

When the children were in bike seats or the trailer or had very small bikes we always travelled together without a problem. Most train bike policies in the UK allow only two bikes on the train. Still, we managed to slot an extra 14 inch wheel bike and a 20 inch wheel bike amongst our adult bikes without attracting the train guard’s attention. Once our daughter was on a 26 inch wheel bike we encountered resistance from various train managers. They did let us on, but with too much reluctance for my liking.

So now we often travel in two pairs, with two bikes reserved on two different trains. We didn’t relish the thought of travelling separately but do find it’s a bonus to have one-to-one time with one of the children and it is definitely easier to keep track of only half the stuff. You just have to make sure each pair has their share of games, lunch and snacks in their panniers! We each have a digital friends and family railcard for this purpose.

Taking bicycles on the train with kids is a mixing-pot of variables. The list of things that might cause you a delay is endless: a puncture; umpteen snack stops; a grazed knee; toilet breaks; tantrums about whether the bunny is comfortable in the bike basket; a decision to only cycle in first gear…

So allow plenty of time and enjoy the journey to the station. Stop if the children need to; it’ll be more fun for everyone. There’s lots for children to look at and spot if you have time to spare on the platform. Our kids enjoy ‘I spy on a Train Journey’.

Remember it can take some time to get the bikes to the right platform in the lift. Bear in mind the lift could be broken and hoicking all the gear up stairs can take even more time. Still, there are always people willing to help when this happens.

4) Talk to the platform staff

Find out where they think the bike space will be and position yourselves accordingly. If they have no idea, line your bikes up in the middle of the platform and be prepared to run in either direction once the train arrives.

5) Talk to other cyclists

It can save a lot of hassle if you find out who is getting off where and organise your bikes so whoever is getting off first has immediate access to their bike.

6) Watch for the bike symbol on the outside of the carriage as the train pulls in.

When you’re taking bicycles on the train with kids you need to be at the correct door asap.

7) Keep track of the children!

Getting the gear on is the priority so as not to hold up the train. But once it’s on, make sure you are not causing any obstructions. Most bike spaces are not big enough to accommodate panniers too, so put those in the luggage space. Work out which way round you need to put your bikes to take up minimum space. Often putting a child’s bike in first works better.

9) Be ready to reassure the train manager

Even if you have reservations, turning up with a sneaky extra kid’s bike (or two) plus a ton of luggage and camping equipment can make the friendliest train manager nervous. Stay calm in the face of any negative comments and reassure them that taking bicycles on the train with kids is second nature to you and that it’ll all be stowed away in a flash!

Sit back, relax, let the train do the work. Enjoy some quality time with the kids, play Uno, eat a picnic. Be happy that you have succeeded in taking bicycles on the train with kids.

If you found this useful you might want to read about when we put bikes on the train from the Netherlands to Germany, or the article we wrote about Bike-Rail in the UK for Cycle magazine. 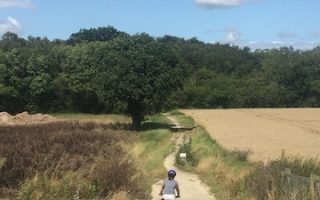 Trans Pennine Trail with our kids: Penistone to Hull

UK overland to Finland with kids 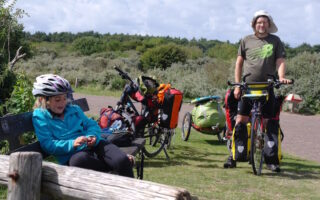 Cycling holiday in the Netherlands: 3) Delft to Texel